Chat with a Librarian

Select a time to meet with a librarian for one-on-one research assistance with a member of our research team.

Email our Research Team with your question. 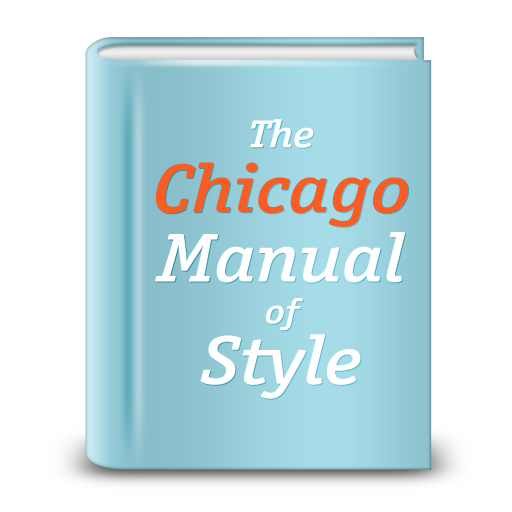 As discussed, different academic disciplines employ different citation styles for various reasons. Some Humanities disciplines use The Chicago Manual of Style (CMS) bibliographic citation style. Currently in its sixteenth edition, the CMS is a Notes-Bibliography system, which features footnotes or endnotes as well as a comprehensive bibliography.

Another note for researchers: you may find it useful when working on an assignment requiring CMS citations to consult Kate Turabian’s Manual for Writers of Research Papers, Theses, and Dissertations, which follows CMS documentation, with slight modifications, but is a more approachable manual for use.

As seen in the examples below, there are notable differences between CMS and the two other citations styles detailed earlier.

In the system favored by many writers in the humanities, bibliographic citations are provided in notes, preferably supplemented by a bibliography. The notes, whether footnotes or endnotes, are usually numbered and correspond to superscripted note reference numbers in the text; in electronic works, notes and note numbers are usually hyperlinked. If the bibliography includes all works cited in the notes, the notes need not duplicate the source information in full because readers can consult the bibliography for publication details and other information. In works with no bibliography or only a selected list, full details must be given in a note at first mention of any work cited; subsequent citations need only include a short form.

Full citation in a note:

1. Newton N. Minow and Craig L. LaMay, Inside the Presidential Debates: Their Improbable Past and Promising Future (Chicago: University of Chicago Press, 2008), 24–25.

Shortened citation in a note:

Entry in a bibliography:

Minow, Newton N., and Craig L. LaMay. Inside the Presidential Debates: Their Improbable Past and Promising Future. Chicago: University of Chicago Press, 2008.

Note citations are styled much like running text, with authors’ names in normal order and the elements separated by commas or parentheses. In bibliographies, where entries are listed alphabetically, the name of the first author is inverted, and the main elements are separated by periods.

The examples that follow are intended to provide an overview of the notes and bibliography style, featuring books and journal articles as models. Each example includes a numbered note and a corresponding bibliography entry. Some examples also include a shortened form of the note, suitable for subsequent citations of a source already cited in full. In practice, in works that include a bibliography that lists in full all sources cited, it is acceptable to use the shortened form in the notes even at first mention.

BOOK WITH SINGLE AUTHOR OR EDITOR

For a book with a single author, invert the name in the bibliography but not in the notes. Punctuate and capitalize as shown. Note the shortened form in the second note. Note also that actual page numbers cited are usually included in a note but not in a bibliography entry, unless the entry is for a chapter, in which case the page range in which the item appears is included.

A book with an editor in place of an author includes the abbreviation ed. (editor; for more than one editor, use eds.). Note that the shortened form does not include ed.

For a book with two authors, note that only the first-listed name is inverted in the bibliography entry.

For a book with three authors, adapt as follows:

For a book with four or more authors, list all the authors in the bibliography entry. Word order and punctuation are the same as for two or three authors. In the note, however, cite only the name of the first-listed author, followed by et al.

BOOK WITH AUTHOR PLUS EDITOR OR TRANSLATOR

In a book with an editor or translator in addition to the author, ed. or trans. in the note becomes Edited by or Translated by in the bibliography entry.

CHAPTER IN AN EDITED BOOK

When citing a chapter or similar part of an edited book, include the chapter author; the chapter title, in quotation marks; and the editor. Precede the title of the book with in. Note the location of the page range for the chapter in the bibliography entry.

Citations of journals include the volume and issue number and date of publication. The volume number follows the italicized journal title in roman and with no intervening punctuation. A specific page reference is included in the notes; the page range for an article is included in the bibliography. In the full citation, page numbers are preceded by a colon. If a journal is paginated consecutively across a volume or if the month or season appears with the year, the issue number may be omitted (as in the second and third sets of examples below).

The DOI in the following example indicates that the article was consulted online; it is preferred to a URL. Note that DOI, so capitalized when mentioned in running text, is lowercased and followed by a colon (with no space after) in source citations. Shortened citations for subsequent references to an online source follow the forms for printed books and journals.

For articles that have not been assigned a DOI (or if the DOI cannot be determined), include a URL. The URL in the following example -- consulted through the academic journals archive JSTOR -- was listed along with the article as a more stable (and shorter) alternative to the URL that appeared in the browser’s address bar.

For original content from online sources other than the types of formally published documents discussed elsewhere in this chapter, include as much of the following as can be determined: the title or a description of the page, the author of the content (if any), the owner or sponsor of the site, and a URL. Also include a publication date or date of revision or modification ; if no such date can be determined, include an access date. Citations of site content are best relegated to notes; in works with no notes, they may be included in the bibliography. Some editorial discretion will be required.

If a site ceases to exist before publication, or if the information cited is modified or deleted, such information should be included in the text or note.